In 2022, there are probably no people left who have never heard of cryptocurrencies. But what are they? In this article, we’ll examine how cryptocurrencies differ from regular money, what kinds they are, and what blockchain is.

The essence of the term

Cryptocurrency is a type of digital currency that has no physical embodiment and no single center to control it. It works in what is called a “blockchain,” or a chain of blocks of information.

Unlike servers, which are usually located in one place, blockchain stores data on computers in different parts of the world. The unit of record for cryptocurrency is a “coin” or “token,” depending on the type of electronic money.

The lack of centralization has some disadvantages – for example, the bank can freeze the money if it suspects that the transfer was made by fraudsters. And cryptocurrency transactions are irreversible – if anything, you won’t be able to undo or dispute the transaction.

Cryptocurrencies have convenient peering features that allow users to exchange transactions with each other directly, bypassing various intermediaries and their fees (such as banks).

Another important feature of cryptocurrencies is the increased security of storage and transfer of coins. Information about the transaction is known only to its participants, and there is no way to withdraw the currency – this requires physical access to the owner’s wallet.

An important distinguishing feature of many electronic currencies is their limited quantity. This eliminates the possibility of issuing additional currency and protects its value from inflation.

For example, no more than 21 million units of bitcoin, the most famous and expensive digital asset at the moment, can exist at any one time.

Today, virtual currencies are mostly considered not the most reliable way to invest, as their rate is almost impossible to predict and is often influenced by third-party factors, up to the statements of media personalities.

Nevertheless, every year cryptocurrencies are becoming more widespread. For example, e-money is now accepted as an alternative method of payment in many organizations around the world. This includes Microsoft, Steam, WordPress, Bloomberg, Wikipedia, Subway, etc.

At the same time, they can be freely exchanged for other electronic or fiat currencies, and there are special exchanges for trading tokens.

The very first cryptocurrency was bitcoin. Now it is one of the most in-demand, reliable and expensive coins in the world.

It was created by a man under the pseudonym Satoshi Nakamoto in 2009. A year earlier, he had described the principles of the program and developed an internet protocol for it.

Shortly after its launch, Nakamoto created the first bitcoin wallets and left the project, leaving 1 million bitcoins in his account, which remain untouched to this day.

As soon as the coin appeared in circulation, its rate was constantly changing. For example, in 2010, American Laszlo Hanech bought 2 pizzas for 10 thousand bitcoins – it was the first exchange of virtual money for a real object. A few years later, the rate of electronic currency rose to $ 1,000 per unit, and on May 25, 2022, one bitcoin costs $ 29.5 thousand.

How cryptocurrency differs from regular money

To better understand the structure of cryptocurrencies and how they differ from fiat money, first you need to understand the main mechanism of how coins work – the blockchain.

Let’s imagine a situation: you decided to transfer $100 to a friend. You go to your bank’s mobile app, and a few clicks later, your friend’s account is credited.

There is no physical movement of money. The bank simply changes the transfer records in the database. Such databases are usually stored on servers that are located in one particular place.

Most cryptocurrencies do not have a single data center. Information is recorded in blocks, which are then chained together.

These blocks are distributed across different computers, which may be physically located in different parts of the world, which makes this way of storing data much more secure. After all, if one block is hacked, you won’t be able to access the rest. This is called blockchain. 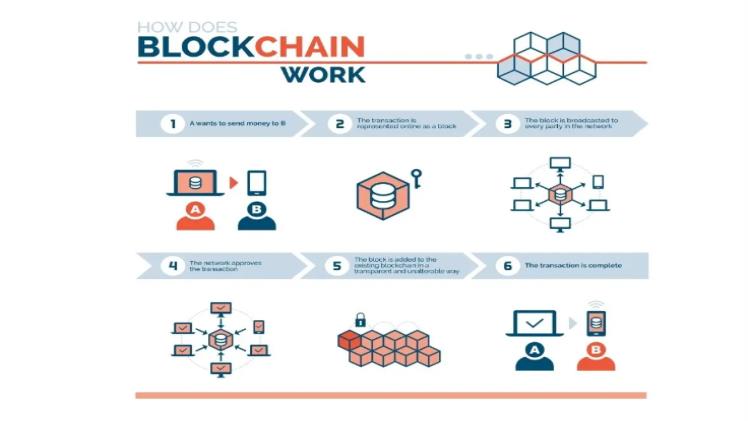 The diagram above illustrates the blockchain mechanism:

Additional security of this system is provided by the principles of cryptography. All transactions take place through a complex system of exchange of encrypted keys and electronic signatures, which confirm that the transaction has not been tampered with.

It is possible to circumvent such algorithms, but this would require enormous computing power that is currently unavailable to mankind.

According to scientists, this task can theoretically cope with full-fledged quantum computers, but now there are only small prototypes. Even according to the most optimistic predictions, cryptocurrency lovers can sleep easy for at least another 30 years.

The blocks are connected using the same cryptography, as well as the generation of unique indicators, which compress the information in a special way for each of the subsequent links.

With each new element in the chain, the information is compressed more and more, resulting in an “avalanche effect”. This is the reason why cryptocurrency mining becomes more expensive every year.

Another reason why blockchain is so hard to hack is that changes to blocks must be accepted by a large percentage of users. When an attempt is made to make changes to one of the links, all blockchain participants are immediately notified about it and decide what to do.

Cryptocurrency mining refers to adding new blocks to the blockchain. This process is difficult and requires enormous computing power.

Mining is about solving complex mathematical calculations with your equipment. And every year the tasks become more and more complicated, and the required power increases, making it almost impossible to mine tokens at home. This is especially true for popular cryptocurrencies.

Industrial mining still exists, but it is expensive and long payback period.

A standard mining farm looks like this – a guarded, well-ventilated room with a lot of system units with video cards and coolers to cool them. Also, there must be a backup power supply for uninterrupted operation of the network.

In addition to mining, you can get cryptocurrency on the exchange, buying it for dollars or other fiat currency, there you can also store it.

But we advise you to use third-party online services or even special software and hardware wallets for this purpose. This way you can maximize the security of your funds.

Blockchain technology allows the creation of an almost infinite number of types of cryptocurrencies, but not everyone is of interest to miners and investors.

The main requirement for any token that wants to claim any kind of relevance is the presence of a developed network. If the cryptocurrency is backed by a reliable team that develops a sought-after product and constantly supports it, the chances of failure are almost zero.

In addition, the value of electronic money is influenced by:

There are a huge number of cryptocurrencies at the moment, but the top 10 occupy about 90% of the market, and bitcoin’s share is almost 50%. The rest consists mostly of “soap bubbles” or just electronic financial pyramids, which can collapse at any moment.

Top 10 cryptocurrencies by capitalization at the moment:

Until 2013, most cryptocurrencies were based on bitcoin, using its source code. That is, the bitcoin block chain remained unchanged, but there were similar chains that went against the original bitcoin chain and were already responsible for other cryptocurrencies. Such branches are called “forks”. Among them are Novacoin, Litecoin, PPcoin, Novacoin, etc.

But then there were cryptocurrencies, which began to work on very different principles.

Altcoins appeared back in 2011 to solve some problems of bitcoins. For example, to speed up transfers or try to integrate blockchain into other applications.

It is worth noting that altcoins are similar to bitcoin in many ways – they have almost identical characteristics, and they use similar hardware to work with.

But they have important differences. For example, the Ripple team tried to put more emphasis on the centralization of the system, and the creators of Dash – on privacy and anonymity.

Ethereum, a cryptocurrency founded by Gavin Wood and Vitalik Buterin in 2015, deserves special attention. Unlike bitcoin, Ethereum is not only an electronic currency, but also an entire platform for creating new online services based on blockchain with the help of “smart contracts.

This technology allows for the automatic transfer of assets between parties if certain conditions are met.

According to the British magazine The Economist, smart contracts could become one of the most important tools of blockchain platforms because they potentially offer much greater security than traditional contracts and reduce transaction costs.

One of the most popular tokens, operating predominantly on an “ether” basis, is NFT.

NFT or non-interchangeable token is one of the newest types of electronic assets, the main difference being its uniqueness. If, say, there can be up to 21 million bitcoin units, then each NFT token can exist in only one copy.

Because of this feature, NFTs are used to create electronic copies of unique items, like transferring them to a blockchain. This is where all transactions with the tokens take place.

The copies are mostly in the format of pictures, videos, music and gifs, and they are sold and bought through special auctions. NFT tokens are widespread among collectors, gamers and art lovers.

This type of token originally appeared as a way for electronic content creators to make money, but now its main function is to monetize popularity.

Celebrities can sell literally anything in the NFT format and make a lot of money from it.

For example, Twitter founder Jack Dorsey sold his first post on the site for $3 million in NFT format. And last year, singer Grimes created her own collection of tokens, which were sold for $5 million.

This type of digital currency is tied to tangible assets such as oil, gold, and dollars. While bitcoin’s exchange rate jumps several times a day, stabelcoin’s quotes barely change, which is what its name suggests.

This type of cryptocurrency is perfect for those who want to convert their money into digital form with minimal risks. Or, on the contrary, to take them out of the country safely, if there are almost no other ways left.

Now there are more than 1,000 different cryptocurrency tokens with a total capitalization of more than $2 trillion.

To summarize, cryptocurrencies are in a controversial position at the moment. Many people are afraid to invest in them, because they do not understand how coins work.

Great difficulties are also caused by technical difficulties in the implementation of cryptocurrencies in business, as well as the fact that they are almost not regulated by legal legislation.

In addition, not everything is so unambiguous with e-money and the investment outlook. It is potentially one of the most lucrative earning tools, but it is almost impossible to predict.

On the other hand – the cryptocurrency market is actively developing, and every year there are more and more new platforms and opportunities for e-money. This is not to mention the fact that countries are beginning to take cryptocurrencies more seriously, trying to introduce them into their economies. More info here 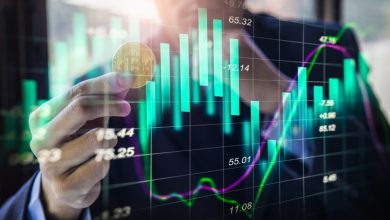 How Do People Do Accurate Predictions of Crypto? 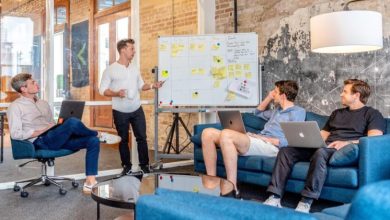 6 Advantages of IT Support for Small Businesses 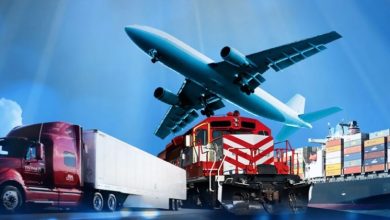 Benefits of Opening a General Trading Company in Dubai